As a kid, I always wanted to write. But first there were roller skates, then there was school, there there was the bar and then there were girls. Yes, in that order: I was born and grew up in The Netherlands. I once tried to write a story when I was in my teens – a Part II to the movie Space Camp. I think I was just in love with Lea Thompson. I didn’t get very far past the first page.

I never thought of writing again, at least not until about 10 years ago. I was far too busy with work, life, model trains, and building computers. But then something happened. At the age of 59, my mom had a stroke and passed away. My dad had Altzheimer’s and he had to be moved into a full time care facility. Two years later, at the age of 69, he too passed away. What really triggered my writing was the enormous amount of anger I felt. Not anger over their deaths. No, that was sadness. The anger I felt was because I did not get visited by their ghosts. I did not see them standing at the foot of my bed. I did not get any signs from them. In other words, they were simply gone.

I tried to keep my emotions bottled up, but that didn’t work quite so well. I knew I had to get them out. In the middle of one winter, I wrote a brief poem about how everyone else sees beautiful white snow and all I saw was grey, dirty slush, and that made me realize that I actually felt better if I just wrote things down. So, about 7 years ago, I started writing a novel. The idea was never to publish, but instead it was simply a way for me to, anonymously, get my thoughts on paper. And out of my head. That book took me about 5 years to write and eventually became “undying”. My second book, “crossing”, deals with a lot of the issues that are the result of depression, including the fact that depression is often not the result of a depressing life. My third book, the forthcoming “fading”, deals with my fear of death. 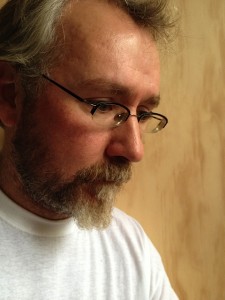 When not writing, I’m employed full-time at a health insurance firm.